The situation in Burgos is generally, unfavorable.

On the contrary, the abandonment of agriculture and livestock farming, mainly in the north, is favoring an increase of the forest, helping to that the forest birds also see themselves favored, especially Woodpeckers.

A clear example is the advance of the Iberian populations of Black Woodpecker. 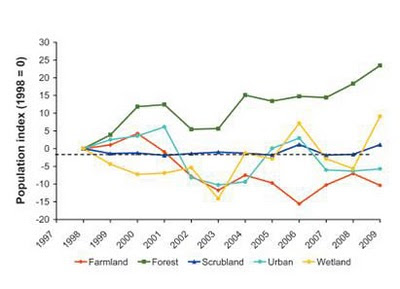 But the worse thing than we see in the report, on Burgos, is the present state of the Important Bird Areas, being all of them with an unfavorable trend.

This quire not to say that the present state is bad, if not that is worse with respect to the last revision. Of the 104 Important Bird Areas which were reviewed in 2008, in 42% of cases it has been discovered that their conservation status is already unfavourable and a further 32% are in decline, whilst only 8% are considered to be in favourable condition 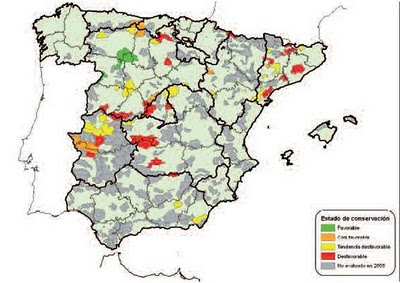 A spectacular news, from November there are in the Natural Park of Gorbea, a great roosting of Brambling with an estimation of 2.500.000 of…