Once published the last report on the birds of the province of Burgos, the great amount of records, than 600 * records more reviewed can be observed, being many of really showy them.

Also it is observed that the number of birders is really high, 153 * and who the Birdwatching continues growing in the province of Burgos. Something really important.

This last report gathers the records of the second quarter of 2007, April, May and June, being this time one of most important, since many of the breeding birds.
Reviewing the report, we see enough contacts of Purple Heron (Ardea purpurea) and Night Heron (Nycticorax nycticorax), and the records of breeding of Grey Heron (Ardea cinerea) in the environs of Miranda de Ebro. 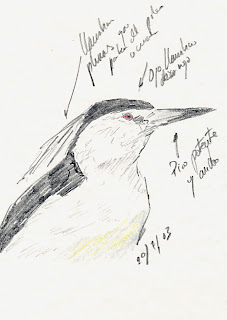 The group of Ducks ones brings the most peculiar records, Egyptian Goose (Alopochen aegyptiaca) and American Wood Duck (Aix sponsa), two birds whose origin is very probable escape of captivity.

Also the Garganey (Anas querquedula) very has been observed, although only in two places, several birds in the quarry of Grijalba, , and the lagoons of Gayangos, only a bird.
Up to 13 species different from the Vultures and Eagles, emphasizing the observations of Eurasian Black Vulture (Aegypius monachus), Spanish Imperial Eagle (Aquila adalberti) and flocks of up to 400 Eurasian Gryffon Vulture (Gyps fulvus).

The Hawks also emphasize by the presence of Red-footed Falcon (Falco vespertinus), really scarce bird in the province.

Like a other times, the waders are a interested birds, especially in this province, almost with few wetlands. 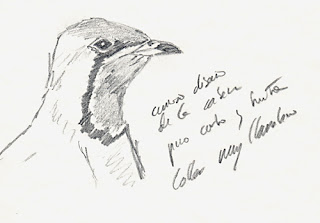 * Data contributed by the coordinators

Probably the worse days for the Birdwatching, are the days with wind, much worse than the rain days and even the snow days.Diverse situations…