The first results of the program SACRE – Spain Wild Bird Indicators – already can be consulted here.
The results are national scale and by each the regions that have been considered (North, center, this and South ones).
The analyses have been realised for each species and having in account groups of species according to the habitat (forest, agrarian…), its migrador behavior (sedentary, trans-saharan, pre-saharan) and its feeding (granívorous, frugívorous). 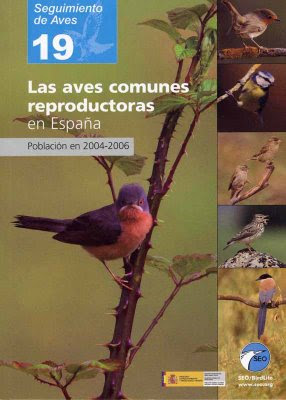 SEO/BirdLife has been published a book, too, with the bird population in 2004-2006 of 95 species, with estimates at national scale and by regions (all administrative provinces in peninsular Spain), and percentage for each region, as well as the trends from 1996 to 2006 and percentage of right habitats.

Days of autumn migration in the P.N. Canyons of the Ebro and Rudrón natural reserve, with a great crossing of Pied Flycatcher, Spotted Flycatcher…