A pretty week crossing Spain, from the north to the south, and crossing some of the natural spaces of Spain.
The first shutdown we did it in the National Park of Daimiel, natural space created by the confluence of two rivers, Cigüela and Guadiana.
This National Park, like the average Spain, is affected by drought and the little conscience of the people who live in the environs.
The aquatic birds, almost do not appear, since 2% of the floodable area are only flooded.
So the birds that live in the reeds, are the unique ones that cheers the visit, the most showy species were, Bearded Tit, Savi´s Warbler and Aquatic Warbler. Other observed species in el National Park. 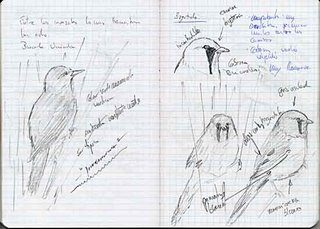 Savi´s Warbler and Bearded Tit in the Field Notebook 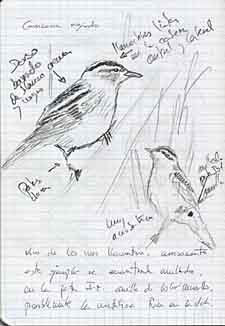 Acuatic Warbler in the Field Notebook

Later we followed course the south, again it is possible to be verified as the lack of water and mainly badly the use of the water this being an increasing problem. We arrived the Natural Space Cabo de Gata, with several remarkable points: The Rambla Morales, coastal lagoon of doubtless value by the presence of White-headed Duck.
The salt pan of Cabo de Gata, one of the most interesting points for the observation of Greated Flamingo and is not difficult to see birds rings. 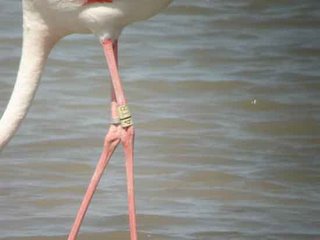 The gullies of Cabo de Gata, places in which still it is possible to find really showy species like the Lesser Short-toed Lark, European Roller or the European Bee-eater.
Birds observed in all Natural Space of Cabo de Gata. 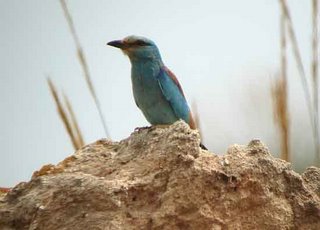 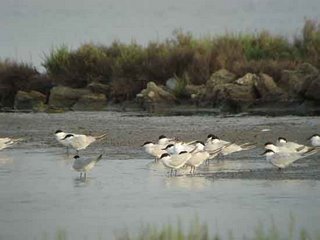 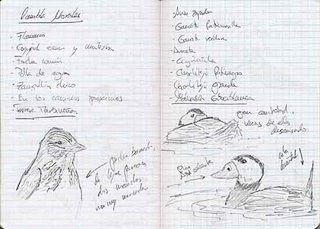 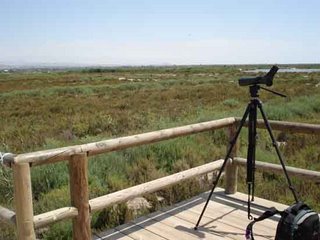 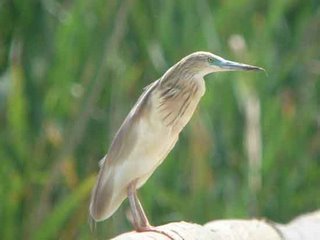