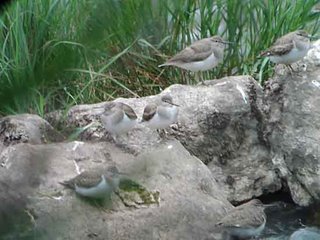 This week we have had the visit of a group of 13 Common Sandpiper (Actitis hypoleucos) , that are been spending several nights, resting in the dam of the Mill, the group this made up of several adults and juveniles birds.
Not very often so numerous groups of this species see themselves.

The Common Sandpiper are one of the species of waders more common in the Iberian Peninsula interior, very being bound to the watercourse.
His identification is simple, in adult in breeding plumage, brown upperparts; tertials, scapulars and wing coverts have dark brown shaft streaks and bars, with buff tips. Bill dark brown. Legs usually greenish-grey. The juvenile plumage is similar to non-breeding plumage in adults, mantle and scapular feathers are a warm brown, with shaft streaks and subterminal lines. 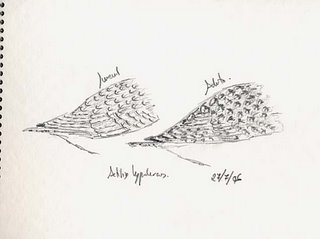 His behavior also is very characteristic.
Teeters constantly, habitually bobbing its head and pumping the rear part of the body up and down.
In flight they make alternating bursts of stiff wing-beats and short glides, just above the surface of the water, with bowed wings. 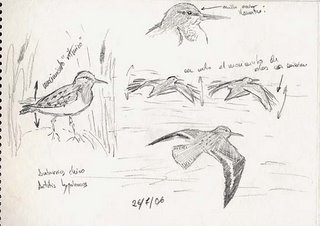 During these days that are been this way have by day been during long time emitting as much as at night one of their classic calls.

Good news for the natural environment, but very bad news for the birds. Any town it is beginning to close the rubbish dumps.This means…