The census of aquatic birds that has initiated the SEO/BirdLife, does not cover all the species that are related to the wetlands, only certain species have to be registered.
The census is had to make in three times, in the second two weeks of March, April and May.
In first census, it has been made with conditions in which meteorology to play a important part.
Days back, the snow, it was making, so the level of waters of the lagoons and the rivers has grown enormously, this has made difficult to walk round these wetlands of suitably form.
Even so, the results, by this time, still early are not of all bad.
Although of the Paseriformes no has been detected, if several Ducks, and like more observed the Common Coot.
In many zones of the field still it has up to 20 cm of snow, so it seems total winter, as excellent observation but were the one of a pair of Fieldfare.

List of the species, (not exclusively records to the census). 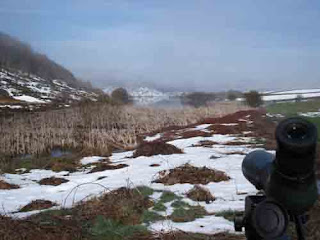 The spring has arrived.Although for the men not yet it is thus, for the nature and the birds yes.The songs of several species of…