The morning has left very pretty, almost cleared and without frost, there was 1.5ºC when we began the census to 9.00h.
No wind and the visibility was wonderful, in the majority of the flocks has been possible to know the sex of the birds.

Hoping to finish analyzing the collected data, we can indicate that the amount of wintering Great Bustards in the region the west of the province of Burgos is at least 266 birds, 27 more than the last year. 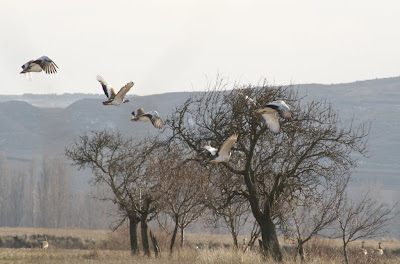 Photo by José Pedro Portillo
An equipment that has looked for Great Bustards in the province of Palencia, to the other side of the river Pisuerga and it has not found any, this is also an important data. 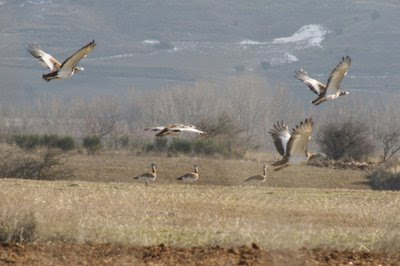 Photo by José Pedro Portillo
But not only it has been to count Great Bustards, the different equipment has been able to enjoy the tremendous number of raptors that there is in the zone, mainly Common Kestrels, Common Buzzard and Red Kite, but also has been able to observe Peregrine Falcon, Merlin, many Hen Herriers and some Marsh Harrier.
The cold of this week also have been let notice in the cereal plain of the region in the form of great flocks of Lapwings, with very few Golden Plover.
Other birds of the area, Skylark, Calandra Lark, Crested Lark, Corn Bunting, Cirl Bunting, Finches….

Also they have been mammalian, one of the equipment some thirty Roe Deer and another equipment a Fox. 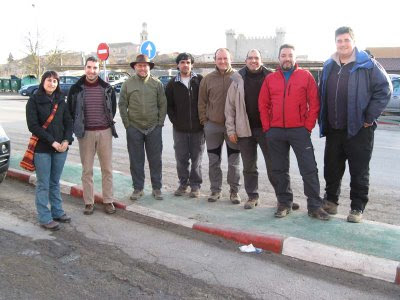 Information about the first census Here.

Again, like every year, is finalized the census in the square VN4040 for the SACRE, census of breeding common birds, (European Bird Census ). …