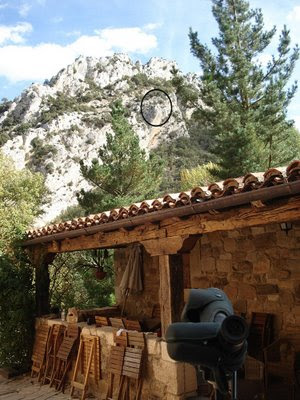 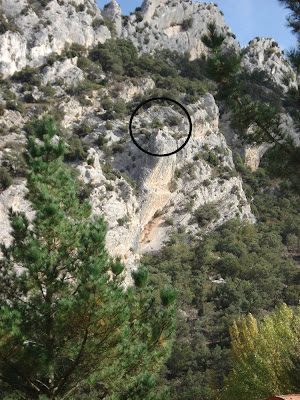 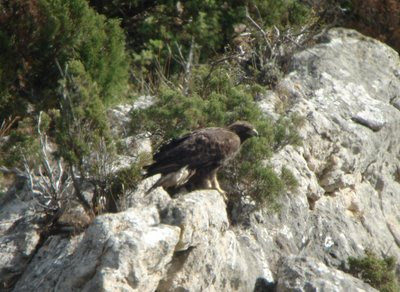 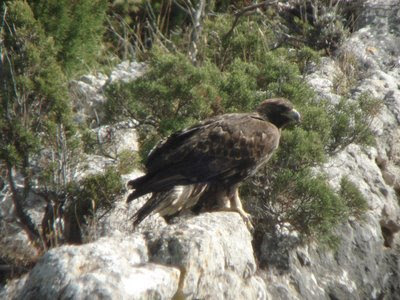 These days a family of Golden Eagles, a pair and the young bird of this year, are showing up by the environs of the Molino del Canto.

It is possible to be heard the young bird, to call to his parents, and to be followed to them in flight.

Also it is seen him persecute, as a game, to the Griffons Vultures.

Of the great Eagles, luckyly, the Golden Eagle in is one of the birds that, at the moment, do not have great problems.

It is reproductive successful, and the problems, that years back they had, poisons, shots, electrocution…, have been diminished, although not disappeared.

The status in the is the one of sedentary reproducer, with a 51-56 pairs, a tendency to increase the population *.

*Data of the ornithological yearbook of