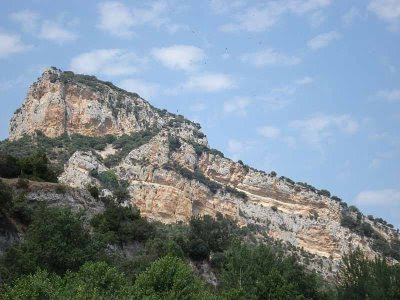 A good morning of birdwatching in the vicinity of the Inn, in the meadows fields to see Mistle Thrush searching earthworm, Robins, Common Chaffinch and Firecrest does not stop to sing from the Oaks.
Four Roe Deer leave running, while a Common Buzzard is thrown in search of its prey from a tree.
A Grey Heron on an unusual perching, at the top of a black poplar.
Stop to observe the rocky wall, locating to a precious female of Peregrine Falcon, a while a Short-toed Eagle flies over the zone to settle in a rocky one. Several Griffon Vultures settle and fly by the zone. 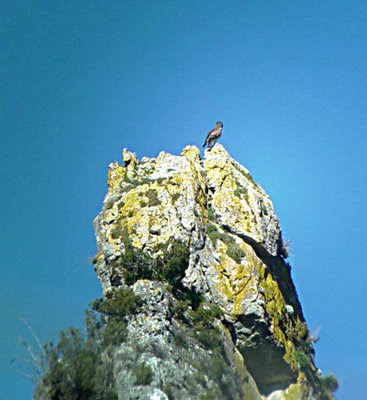 A flock of 36 Great Cormorants flying in formation towards the north.
In the bank of the river, among the alders and ashes, the Iberian Chiffchaff with its characteristic voice.
The Egyptian vultures, just arrived from Africa, with their spectacular plumage, emphasize among the Griffon Vultures. To far a Golden Eagle it flies near the cut ones, one settles in a dry tree and it allows us to observe it easily. 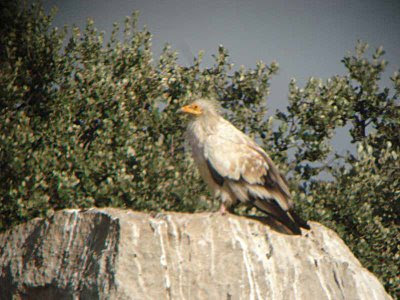 In the canyon of Orbaneja del Castillo they appear the Egyptian vultures again, several Black Kite and the omnipresent Griffon Vultures.
Wood Pigeon, Jackdaw, Yellowhammer.
Once again a Grey Heron surprises when being perching at the top of the rocky of the canyon of river Ebro.
Altogether 26 species of birds in a pretty morning of spring. 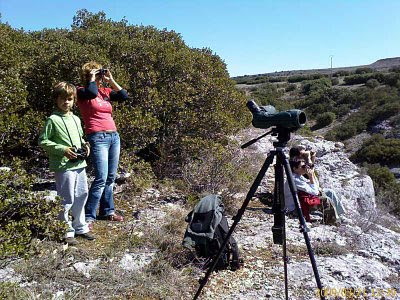 Thanks to Beatriz, César, Daniel and Borja for their interest in the birds of Burgos