If you want to really observe a rare bird in Spain, you do not have to wait for hurricanes of Caribbean or African winds, simply you must go to the province of León and look for, without much effort, to the Rooks that live there.
Yes, the Rook I believe that it is the rarest bird of Spain.
When in other European countries it is a very abundant species,
This species has a large range, with an estimated global Extent of Occurrence of 10,000,000 km². It has a large global population, including an estimated 20,000,000-35,000,000 individuals in Europe (BirdLife International in prep.). Global population trends have not been quantified; there is evidence of a population decline (Madge and Burn 1993, Snow and Perrins 1998), but the species is not believed to approach the thresholds for the population decline criterion of the IUCN Red List (i.e. declining more than 30% in ten years or three generations). For these reasons, the species is evaluated as Least Concern. – BirdLife international
in Spain it is only located in the León province.
And even more showy it is than these Rooks do not move of the León province, that do not emigrate.
According to the last studies the Rooks of center and north of Europe are reducing their migratory movements and now make shorter movements from the breeding sites.
Jacinto ROMÁN y Carlos GUTIÉRREZ.
The decline of the Rook Corvus frugilegus wintering population in Spain. A new caseof ‘Short-stopping’?
Ardeola 55(2), 2008, 229-235. Notas breves.
Every time it is more difficult to observe Rooks in Spain outside the León province.
In Burgos the last group of Rooks seen was in 1993. 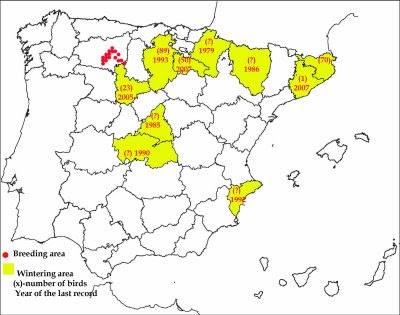 The Rook Corvus frugilegus in Burgos

Why the León rooks are not realised movements from the breeding sites?.
The Rook, nests in cold countries, no case of the Mediterranean, and near the fluvial shores.
Its presence in from Leon can be justified because it is cold and there are rivers, but why in Leon and no breeding in , for example, Palencia or in Burgos? , when there are similar meteorological conditions and similar habitats. 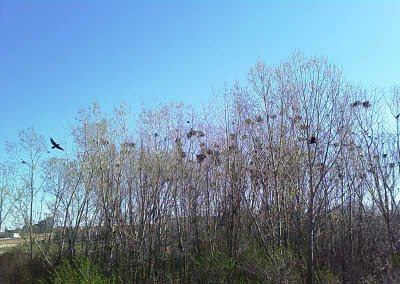 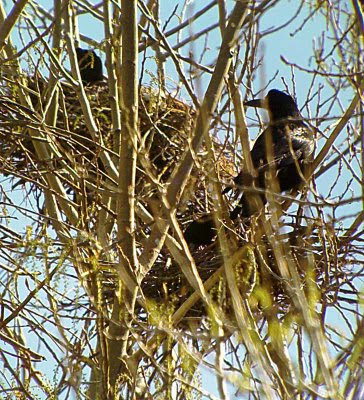 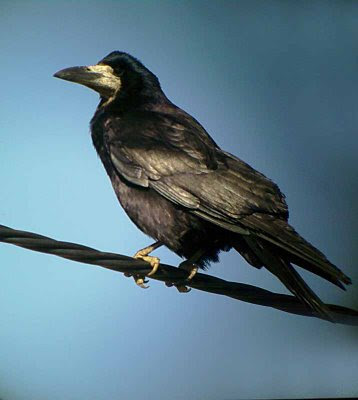 Common Redstart A uncommon record of Black Vulture in northern Spain, so this time, luck was with us and between passage through the port…