Two news about the two more spectacular Iberian vultures.
This is the link to web page of WWF and the Biodiversity Foundation that allows us to see the migration of four Egyptian Vultures from the south of the province of Burgos -Spain- to the south of Mauritania – Africa. 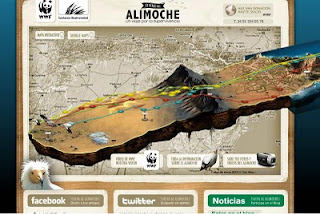 The other news is about the Lammergeier.
After many years of that disappeared of the Cantabrian Mountains, now there are a reintroduction program in Picos de Europa.
The last news, about the released birds, they are good adapting to these mountains. Here.
We hope that, again, come back to fly on Cantabrian mountains.
In the province of Burgos the last Lammergeier that bred was in 1956 La Yecla and Ortigüela, Pancorbo in 1954 and Arlanza valley in 1976. (Gonzalez, D., Román, F, Fernandez, R., Lobo, J.L. 2006 Anuario Ornitológico de la provincia de Burgos. Vol.1)
At present every year they are several records of Lammergeier in Burgos, almost all juvenile birds in dispersion from the Pyrenees. 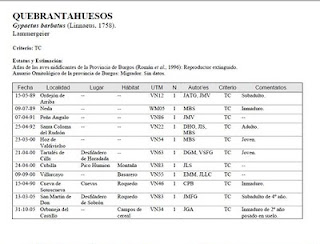 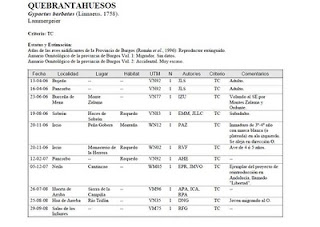