These days the water reservoir of the river is a hot spot for birdwatching. 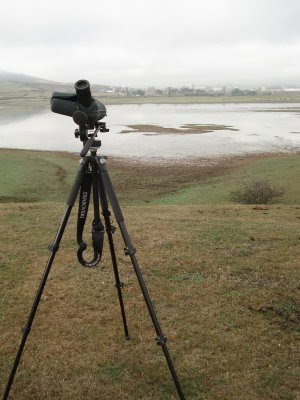 It is not difficult to make a route in a day and to see near 50 species of birds.

Some of them considered Rare Birds in and very rare others in the north of the .

Waders, Herons, Gulls, but mainly birds of the Anatidae family.

There has been a great arrival from these birds to many places of (to see analysis in Rare Birds in Spain Blog). A bird registered in the water reservoir.

Egyptian Goose (Alopochen aegyptiaca). A bird, although the presence of this species can indicate that it is of captivity, have already been several the homologations of this species in the peninsula.

Smew (Mergellus albellus). Another species of doubtful origin, with many possibilities of natural origin. 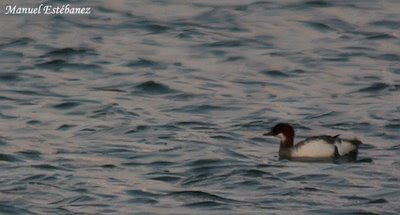 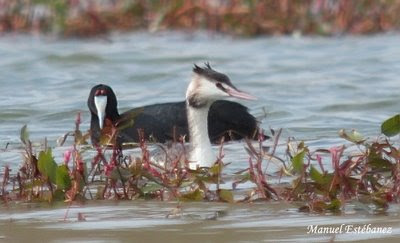 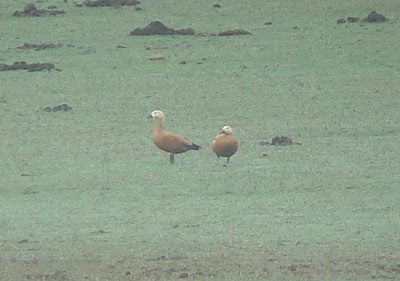 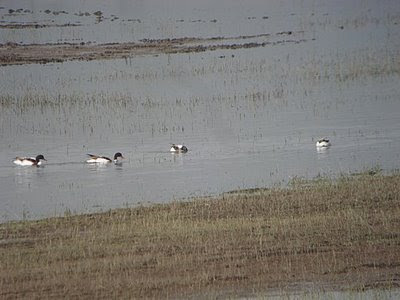 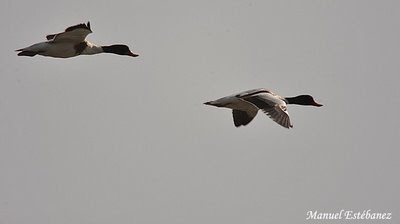 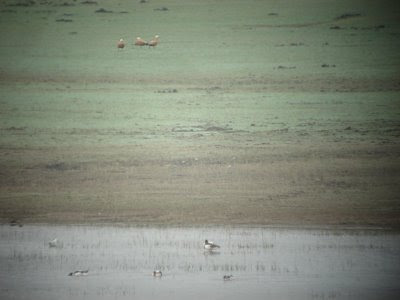 Common Shelduck below and Ruddy Shelduck above

Historically this water reservoir has been a place chosen by thousands of Red-crested Pochard as to moult site.

Without justified cause, for years, the number of Red-crested Pochard has been littler, years with only possible to find four or six birds.

We hope starting from this year, they return in great flocks.

Red-crested Pochard (Netta rufina) Part of the flock.
Thanks to Manuel Estébanez, you can find more photos of him here, here and here