A small trip to the reservoir of the river Ebro, here I have seen great flocks of birds in migration towards to North, nearly 1000 Lapwings, 300 Greylag Goose, two great flocks of Lesser Black- backed Gull nearly 100 birds, a flock of 70 Common Curlew, Starling, Golden Plover, Yellow-legged Gull, Black-headed Gull…. All this in a small cove near the village “La Riva”. 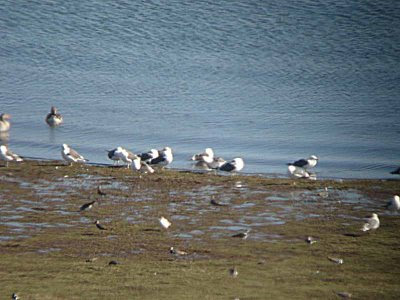 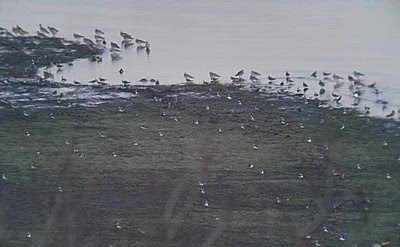 And on the following day, Yves Borremans informs three Great Northern Loon in the same zone.

These days there is much activity in the feeders, with a flock of Siskin of 110 birds, eating seeds in the ground, underneath the…