One of the most important places of the North coast of Spain, marsh of 3,500 ha. of extension, declared Natural Reserve, ZEPA and RAMSAR place, is in the union of estuary of Limpias, Rada, Escalante and Argoños.
There are spacious surfaces of muds, sandy grounds and marshes.
There are two factors that regulate the presence and distribution of the birds, first is the stations of the year, being the winter when the greater number of birds is reached as much, as of species, more than 20,000 birds and 121 species.
The other factor that affects to the distribution of the birds by the marsh is the tidal regime, that regulates the areas where the birds feed or rest.
The best moment to observe birds is between two hours before and after the high water.
The Santoña Marshes count have their importance in the wintertime and the migratory step for numerous species of Ducks, Herons, Gulls and Waders . Although at reproductive time and as it happens in the rest of the Cantabrian coast does not host important contingents of reproductive birds, two species they do of this singular place: the Purple Heron and the Little Bittern.
The winter is the best time for birdwatching; from November to March they are possible to be found near 57 species that they emphasize by his number the Widgeon (2,500 birds) and the Dunlin (5-6,000 birds), but without a doubt what attracts the majority it is to be able to contemplate those species of the north of Europe than all winters to arrive to Santoña Marshes: Great Northern Diver, Red-throated Diver, Black-throated Diver, Slavonian Grebe, Common Scoter, Velvet Scoter, Eider… 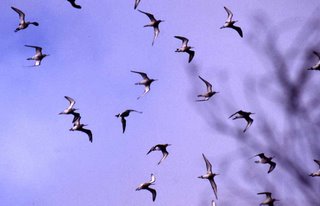 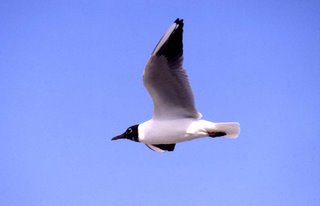 Main winter species, present only between autumn and spring. 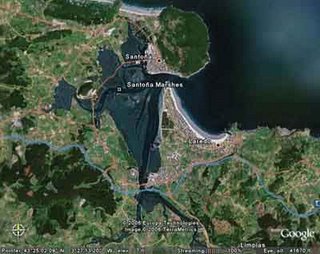 It is already possible to enjoy spectacular mornings, a good number of birds sing from the dawn, the Iberian Chiffchaff to sing its characteristic…