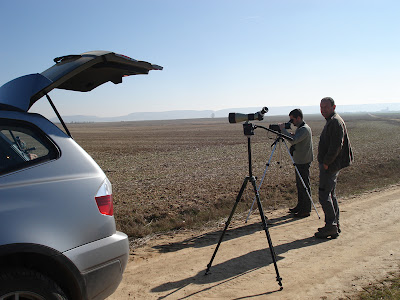 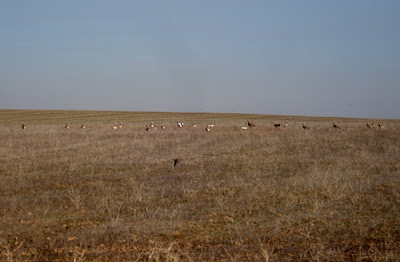 This year has been first that the birders of Burgos we have been to centre on registering Great Bustard (Otis tarda) of the province.
Possibly the northern population of the Iberian peninsula.
The weather was not good, bad visibility and mainly the light winter, they have made disperse more the flocks of Bustard, any birds alone or in pairs have been observed.
Divided in three cars, ten people, we crossed the best places, that previously had been selected, prospecting all the possible zones.
During all the morning we were observing the different flocks, also was tried to determine the sex of birds, although in some case, due to the distance and the bad light this could not be done.
We have been crossed near 200 km, and between the three groups, a 228 total of Great Bustard, which agrees with the last national censuses for the province of Burgos, and this population possibly represents also the reproductive population. 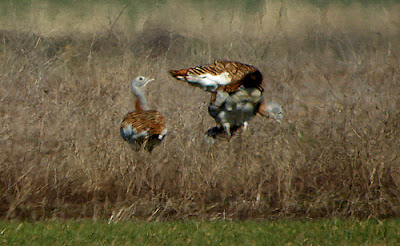 Other observed species have been, Red kite (Milvus mivus), great amount of them, many in migration towards the north of Europe.
Peregrine Falcon (Falco peregrinus), Merlin (Falco columbarius)and Common Kestrel (Falco tinnunculus), a good representation of the Falcons. 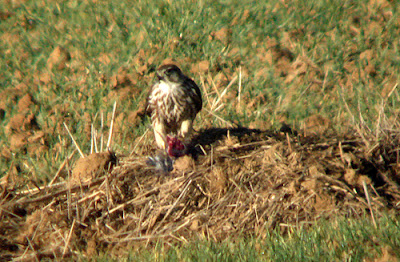 Many Skylarks (Alauda arvensis), but especially, Calandra Lark (Melanocorypha calandra), hundreds, by all the zone, singing and letting themselves see easily. 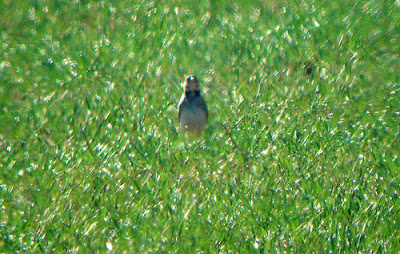 We began our route, in the Valley of Zamanzas, between forest of beech trees and oaks, with the observation of Black Redstart, Chaffinch, and…